Autonomous and automated systems present a variety of challenges for robust verification and validation. Autonomous systems make choices without human intervention; they are often embodied in robotic systems, which mean that they can interact with the real world. Autonomous systems are being introduced into safety-critical scenarios, where their safety must be assured and, often, demonstrated to a regulator.

Formal Methods are a broad category of mathematically-based approaches for developing and verifying software that provide robust evidence that a system obeys its specification. (You can find a more detailed introduction to Formal Methods on the Formal Methods Europe association website.) Trying to introduce Formal Methods is often met with assumptions, both supportive and critical, about how useful they are; for example two papers describing myths about Formal Methods, published in 1990 [1] and 1995 [2] respectively, contain points that are still being used to dissuade the introduction of Formal Methods.

One major verification challenge that autonomous systems pose is the autonomy itself. The system is making decisions without human intervention, planning and reacting to its surroundings. How the autonomy is implemented has a large impact on whether the decisions can be verified against a specification of the system’s expected behaviour. Autonomy implemented using Symbolic Artificial Intelligence (such as agent-based systems) is often easier to verify, whereas Sub-Symbolic (connectionist) Artificial Intelligence can be more difficult. This should be taken into consideration when designing the system, because the opportunity to verify the decisions that the system is making should not be squandered.

When introduced into safety-critical scenarios (where failure could result in human injury or death), autonomous systems must often pass regulator scrutiny before being used. There are often standards or guidelines that are specific to a particular sector or to a component’s function; regulators themselves may also publish principles that should be obeyed during system development. The challenge here lies in both: ensuring that the regulators understand what autonomy can (and cannot) do, and in ensuring that a regulator accepts and understands the results produced by formal verification approaches.

The FMAS Workshop
In 2019, we founded the workshop on Formal Methods for Autonomous Systems (FMAS) to provide a venue for academic research specifically dealing with these verification challenges, which are unique to autonomous systems, using Formal Methods. The third edition of FMAS (FMAS 2021) was held on the 21st and 22nd of October 2021 online, but run from Maynooth University in Ireland. FMAS 2021 showcased a broad range of Formal Methods, with papers covering many styles of autonomy, including work on Agent-Based (Symbolic) and a variety of Machine Learning (Sub-Symbolic) approaches, and included systems operating in a variety of sectors and scenarios.

The front of the Eolas building at Maynooth University, Ireland. It is a grey and red, flat-fronted modern building, with several rectangular windows, and a revolving glass entrance door.

FMAS 2021 also had two invited speakers, who each presented a broader overview of work on applying Formal Methods to autonomous systems. Prof. Clare Dixon at the University of Manchester in the UK, presented a broad collection of research that works towards verifying autonomous robot systems. Dr Divya Gopinath from the Robust Software Engineering (RSE) group at NASA Ames Research Center in the USA, presented a variety of formal approaches to quantify and verify Deep Neural Networks.

The proceedings for FMAS 2021 are available via EPTCS. The FMAS workshop will return in 2022.

We Can Formally Verify Autonomous Systems
Just like other verification techniques, formal verification requires time and skill, and a clear specification of what the system should do. They are not a silver bullet, but Formal Methods are a powerful technique to have in your repertoire when verifying autonomous systems. They can be used throughout the systems development life cycle, they can provide both static and dynamic verification; and they can be used exhaustively and automatically to check unambiguous specifications of the system’s behaviour [6].

Checking the decisions an autonomous system makes is an important opportunity to ensure that it can never choose to do something unsafe or unethical, which is analogous to a human passsing a test before being allowed to pilot a plane or drive a car, for example. Applying any verification to the decision-making components requires the system design to prioritise verifiability. Formal verification can be applied to agent-based autonomy (e.g [7]) and formal techniques for machine learning are under development (e.g [8]).

Formal methods provide robust evidence that a system obeys its specification. To ensure that regulators accept this evidence will require collaboration between Formal Methods practitioners and the regulators themselves. Some sectors have specific standards for using formal methods, such as the Aerospace sector’s DO-333/ED-216 [11], which is a supplement to the DO-178C/ED-12C standard [12]. In other sectors, conversations with the regulator are only just beginning. For example, a collaboration between academics and the UK’s civilian nuclear regulator produced a white paper [13] to start the discussion of how to verify autonomous systems used in hazardous environments. 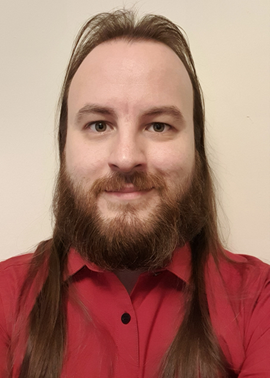 Dr Matt Luckcuck is a post-doctoral researcher working on the VALU3S project in the Department of Computer Science at Maynooth University, Ireland. His research interests include formal behavioural specification, model-checking, runtime verification, and safety verification and assurance for autonomous, automated, and other safety-critical systems. His previous research includes formal verification of autonomous systems for use in the civilian nuclear industry, developing guidance for designing verifiable autonomous systems — in collaboration with the UK nuclear regulator (the Office for Nuclear Regulation), and formally modelling the API of a safety critical programming language.

Dr Marie Farrell is a post-doctoral researcher working on the VALU3S project in the Department of Computer Science at Maynooth University, Ireland. Her current area of research is in using and combining formal methods to reason about and provide certification evidence for aerospace and autonomous robotic systems that are to be deployed in hazardous environments. She also is Secretary of the working group developing the IEEE P7009 Standard for Fail-Safe Design of Autonomous and Semi-Autonomous Systems.